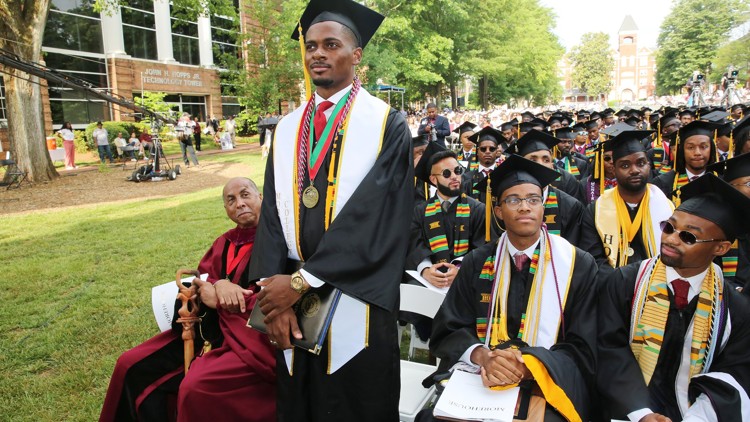 Two years ago this summer, Derrick Parker was hunkered down studying for the LSAT in a room at the Harvard Law School.

Having been invited to participate in the prestigious Harvard/NYU TRIALS program (Training and Recruitment Initiative for Admission to Leading Law Schools), he felt good. His dream of graduating from college and going to law school was so close he could taste it.

As he sat there alone in a study room, a man approached.

What are you doing? he asked.

Studying for the LSAT, Parker told him.

Where you want to go to law school? the man followed.

The man started laughing and walked away.

Parker put his head back into his books. It wasn’t the first time he’d been confronted with the soft bigotry of low expectations.

As a young black boy from a single-parent household, it was the norm. If his teachers didn’t tell him as much outright, they communicated it in the way they treated him.

But Parker was a Morehouse man now. Well-read. Well-spoken. Well-traveled, blessed and balanced. Winner of the Gates Millennium Scholarship, which guaranteed him a full ride to the college of his choice. White House HBCU All-Star. Rhodes and Harry S. Truman Scholar finalist. Nothing would stop him from keeping the promise he made to himself — be the first in his family to graduate from college, and deliver the valedictorian address.

On Sunday, Parker walked into his dream in front of some 400 fellow Morehouse graduates and more than 5,500 guests.

There was no particular moment when the dream began, he said, but Parker knew he wanted to chart a different course and leave home to go to college — something few students from Lincoln Prep High School, or his hometown of Kansas City, Mo., for that matter, had ever done.

He’d also internalized the oft-repeated message from his parents that education would pave the way for a better life.

Parker’s father, Derrick Parker Sr., made a living cutting people’s hair, and his mother, Nicole Courtney, toiled as a machine operator. Both provided an honest living but not what they’d envision for any of their children.

Unlike his two older siblings, Derrick seemed to buy into his parents’ dreams early, preferring television news programs to cartoons and reality TV. He excelled at whatever he put his hands to — baseball, football, karate and science and math.

He was in math class one day when he learned a representative from Morehouse College was on campus.

“I went just to get out of class,” Parker remembered. “I didn’t want to go to an HBCU.”

But after the presentation, the recruiter stayed to chat with Parker.

If he decided to come, Parker would be joining a class of some 500 former high school class presidents, valedictorians and hometown heroes.

He decided to research the institution and was delighted to learn Morehouse produced some of this nation’s greatest leaders, including slain civil rights leader Martin Luther King Jr., Spike Lee and Maynard Jackson.

“Being around people who looked like me and had similar ambitions appealed to me,” he said.

Parker applied and in the fall of his senior year heard back. He’d been accepted.

“It was pretty amazing,” he said. “I took a picture of the acceptance letter, sent it to my parents and posted it on Facebook.”

The only question was how would he afford the $50,000 annual tuition.

He’d spent much of his junior and senior year filling out more than 50 scholarship applications but so far had gotten only denials. That changed as the congratulatory notes started to flow in from Gates, Coca-Cola, GE-Reagan Foundation, the Anne Frank Center and others, more than enough to cover the cost. 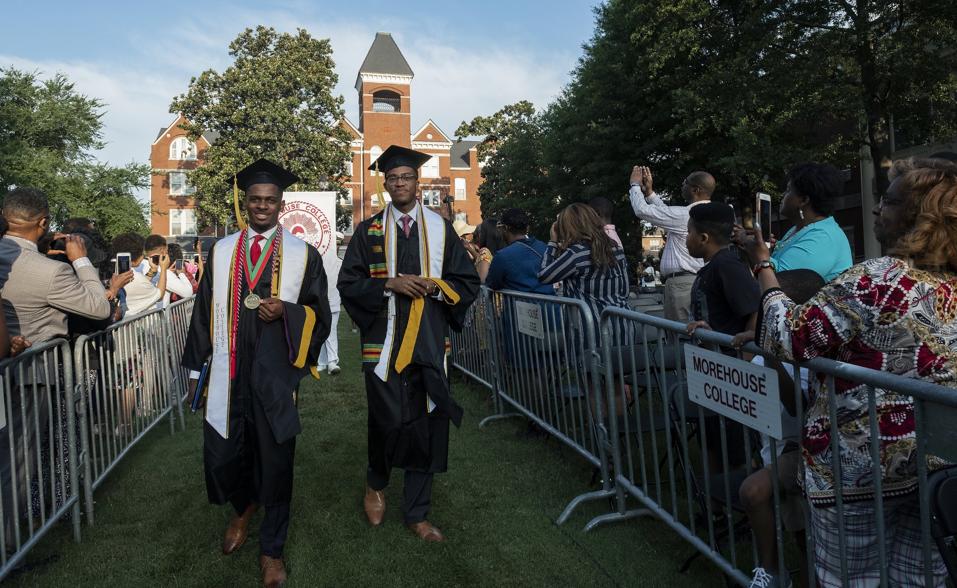 Months later as Parker sat listening to the valedictorian addressing his graduating class at Lincoln Prep, he set another goal for himself. When he graduated from Morehouse in 2018, it would be at the top of his class.

He hadn’t been on the Atlanta campus long before people could see the promise in him. By his sophomore year, fellow students and teachers were calling him the class valedictorian.

Sure enough, four years later, he’d managed to maintain a 4.0 grade-point average over eight semesters and garnered 19 acceptance letters to law school, many of them full rides to places like Columbia University, Georgetown and the University of Chicago.

And so there he was this past Sunday, standing in that space, telling his fellow graduates that this was their moment; that they were the ones tasked with addressing the challenges of the 21st century.

In a few weeks, Parker will head to New York to participate in the SEO Law Fellowship Program before returning here to work as a law associate at Jones Day law firm.

Come August, he’ll be heading to Harvard to study law just as he’d said when he was confronted two summers ago with the soft bigotry of low expectations in a man who couldn’t see past the color of his skin.

Do you have to wonder who’s laughing now? 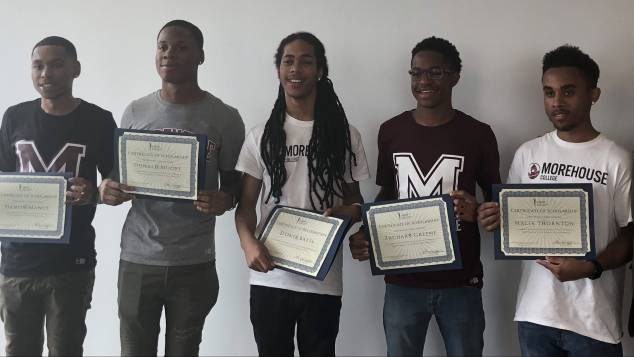